Religious leaders confronted Jesus concerning the resurrection of the dead.It was a duplicitous question because those asking the question did not believe there is a resurrection.

Knowing their heart and the duplicity of the situation, Jesus wisely appealed to the identity of God, Himself.

“You are wrong, because you know neither the scriptures nor the power of God… And as for the resurrection of the dead, have you not read what was said to you by God,‘I am the God of Abraham, the God of Isaac, and the God of Jacob’? He is God not of the dead, but of the living” (Matthew 22:29-32). 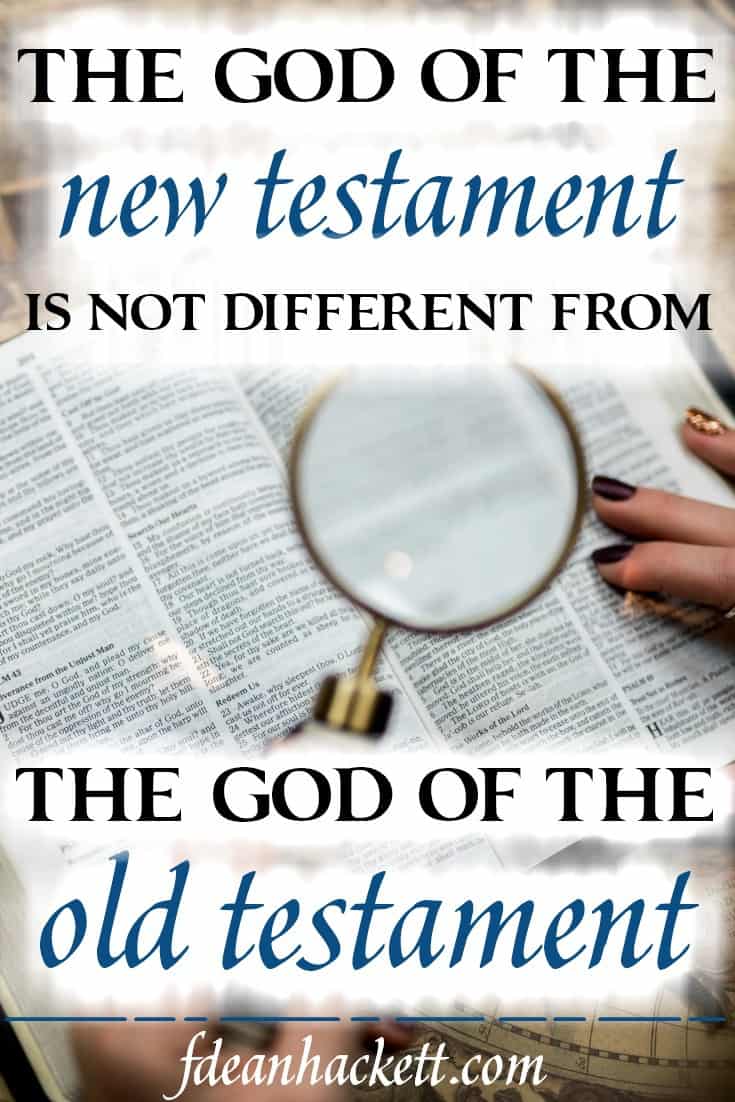 Jesus was quoting the words His Father spoke when He was calling Moses to deliver the Israelites from Egyptian slavery.

Moses saw a bush on fire but not being consumed. The amazing sight stirred his curiosity and he went to see what was happening.

As the shepherd for his father-in-law’s sheep, he had seen many things but nothing like this.

Suddenly a great voice spoke from the bush that was burning but not being consumed. “Come no closer! Remove the sandals from your feet, for the place on which you are standing is holy ground.”

Moses was astonished by the presence and the voice of Almighty God and hid his face.

Why would God identify Himself to Moses as “the God of Abraham, Isaac, and Jacob” and why would Jesus use that identity to address the duplicity of the Sadducees?

It declares the immutability of God.

His identity assured Moses and the Children of Israel the covenant God had made with Abraham, his son, and his grandson was still valid at that moment.

God would fulfill the terms of that covenant in their lives and the lives of their children and grandchildren.

Jesus was correcting the misconception of the Sadducees, that mankind, made in the image of God, is not eternal.

His appeal to the religious leaders was founded upon the unchanging identity that He is the God of Abraham, Isaac and Jacob.

The misconception that God in the Old Testament was angry, judgmental, and violent but God in the New Testament is gracious, merciful and kind, is as much “mistaken not knowing the Scriptures nor the power of God” as the Sadducees.

“For I am the Lord, I do not change; therefore you are not consumed, O sons of Jacob” (Malachi 3:6 NKJV).

Abraham believed Almighty God’s promise: “Do not be afraid, Abram. I am your shield, your exceedingly great reward…Look now toward heaven, and count the stars if you are able to number them.” And He said to him, “So shall your descendants be” (Genesis 15:1-5 NKJV).

God accounted it to him for righteousness.

Isaac was the miracle son of Abraham and Sarah, promised by Almighty God. “And the Lord appeared to him the same night and said, “I am the God of your father Abraham; do not fear, for I am with you. I will bless you and multiply your descendants for My servant Abraham’s sake” (Genesis 26:24).

Isaac received blessings and prosperity because of the covenant Almighty God made with his father, Abraham.

Jacob was a cheat and a thief but he encountered Almighty God at Bethel.

“And behold, the Lord stood above it and said: ‘I am the Lord God of Abraham your father and the God of Isaac; the land on which you lie I will give to you and your descendants. Also your descendants shall be as the dust of the earth; you shall spread abroad to the west and the east, to the north and the south; and in you and in your seed all the families of the earth shall be blessed. Behold, I am with you and will keep you wherever you go, and will bring you back to this land; for I will not leave you until I have done what I have spoken to you’” (Genesis 28:13-15 NKJV).

Jacob had a second encounter with Almighty God that transformed his life from Jacob the cheater to Israel the prince with God.

When God met Moses in the burning bush and identified Himself as “the God of Abraham, Isaac, and Jacob,”.

He assured Moses, “I have surely seen the oppression of My people who are in Egypt, and have heard their cry because of their taskmasters, for I know their sorrows. So I have come down to deliver them out of the hand of the Egyptians, and to bring them up from that land to a good and large land, to a land flowing with milk and honey” (Exodus 3:7-8 NKJV).

The God of the Old Testament was a God of love, mercy and grace just as He is in the New Testament.

Abraham, Isaac and Jacob were in covenant with God through faith by grace alone. It was not earned by works, sacrifices or their own goodness, for they had none.

God was personally aware of the suffering of the Jewish people.

He saw the oppression and heard their cries. He delivered Israel from Egyptian slavery and brought them to the Promise Land out of the love, compassion and mercy in His heart and because He was keeping the covenant He had made by grace with Abraham, Isaac and Jacob.

Because of God’s love, compassion and mercy, He sent His only begotten Son, Jesus Christ, to be the Passover Lamb who would take away the sins of the world.

When you believe His promise, “If you confess your sins, He is faithful and just to forgive us our sins and to cleanse us from all unrighteousness”, He will account it to you for righteousness and adopt you as a son or daughter of God.

He will “bless you with all spiritual blessings in Heavenly places.”

He will make you an heir and a joint-heir with Jesus Christ.

He has gone to prepare a place for you and one day will come and take you to the Promise Land.

It is all righteousness by faith through grace alone.

God has made a covenant through His Son, Jesus Christ, and blessed us with all spiritual blessings because we are adopted sons and daughters of God.

Yes, He is also a just God.

When Israel disobeyed, served other gods, and violated the moral laws of the Old Testament, they experienced God’s judgment.

The Apostle Paul wrote to the believers in Corinth, “Do you not know that the unrighteous will not inherit the kingdom of God? Do not be deceived. Neither fornicators, nor idolaters, nor adulterers, nor homosexuals, nor sodomites, nor thieves, nor covetous, nor drunkards, nor revilers, nor extortioners will inherit the kingdom of God. And such were some of you. But you were washed, but you were sanctified, but you were justified in the name of the Lord Jesus and by the Spirit of our God” (1 Corinthians 6:9-11 NKJV).

The Apostle Peter wrote about those who had received Jesus Christ as Savior but then, like Israel, have gone back into the world.

“For if, after they have escaped the pollutions of the world through the knowledge of the Lord and Savior Jesus Christ, they are again entangled in them and overcome, the latter end is worse for them than the beginning. For it would have been better for them not to have known the way of righteousness, than having known it, to turn from the holy commandment delivered to them. But it has happened to them according to the true proverb: ‘A dog returns to his own vomit,” and, “a sow, having washed, to her wallowing in the mire’” (2 Peter 2:20-22 NKJV).

There is a day coming when God will judge and punish the world for rejecting Jesus Christ as Lord and Savior.

“But concerning the times and the seasons, brethren, you have no need that I should write to you. For you yourselves know perfectly that the day of the Lord so comes as a thief in the night. For when they say, “Peace and safety!” then sudden destruction comes upon them, as labor pains upon a pregnant woman. And they shall not escape. But you, brethren, are not in darkness, so that this Day should overtake you as a thief. You are all sons of light and sons of the day. We are not of the night nor of darkness. Therefore let us not sleep, as others do, but let us watch and be sober” (1 Thessalonians 5:1-6 NKJV).

“And the kings of the earth, the great men, the rich men, the commanders, the mighty men, every slave and every free man, hid themselves in the caves and in the rocks of the mountains, and said to the mountains and rocks, “Fall on us and hide us from the face of Him who sits on the throne and from the wrath of the Lamb! For the great day of His wrath has come, and who is able to stand” (Revelation 6:15-17 NKJV)?

“I am the God of Abraham, Isaac, and Jacob.”

“Every good gift and every perfect gift is from above, and comes down from the Father of lights, with whom there is no variation or shadow of turning” (James 1:7 NKJV).

He is immutable God who keeps covenant forever