There is one thing that will destroy this generation of young people if the church doesn’t begin taking actionable steps now to protect her from Satan’s deception.

The opportunity of a lifetime had come to him, with the promise of immense wealth. A king had sent for his services. He had wisely negotiated for a higher compensation. Although his spirit was not comfortable at first, he persisted, and found that place in his heart where he was at peace with accepting the responsibility.

He was being hired to pronounce a curse upon the slaves who had broken free from Egypt.

The king of Moab was terrified by their presence on the border of his country. They had plundered Egypt, defeated the Amalekites and conquered the Amorites. There was no way he and his army would be able to stand against these people.

In an effort at protection from this powerful new nation, the Moab king had sent for Balaam.

Balaam assured the Moabite king over and over, the Living God would not allow him to speak a curse upon the Hebrew people, never-the-less, he would try. Each attempt at pronouncing a curse turned into a declared blessing upon the chosen people of God.

The king of Moab demanded a return for the exorbitant fee he had paid!

Balaam reminded him of the assurance given from the very start that God would not permit a curse to be spoken upon the people God had redeemed from Egyptian slavery.

“However,” Balaam counseled the king, “There is a way. You can persuade them to bring a curse upon themselves. Have your young women seduce the young Hebrew men. Encourage your women to entice their men into marriage and lead their sons and daughters into the worship of your gods. Through the immorality and inter-marriage the people of Israel will turn their back on the Living God and will pursue idolatry and harlotry. This will bring a curse upon them. Then you will have defeated this great and mighty nation.”

The One Thing That Will Destroy This Generation

The Trojan Horse of Darkness has always been the seduction of the young people in a generation.

He used that weapon against the youth of Noah’s generation, “Now it came to pass, when men began to multiply on the face of the earth, and daughters were born to them, that the sons of God saw the daughters of men, that they were beautiful; and they took wives for themselves of all whom they chose” (Genesis 6:1-2 NKJV).

The results were devastating.

The Apostle Paul warned the early church of this danger.

“Do not be unequally yoked together with unbelievers. For what fellowship has righteousness with lawlessness? And what communion has light with darkness? And what accord has Christ with Belial? Or what part has a believer with an unbeliever? And what agreement has the temple of God with idols? For you are the temple of the living God. As God has said: “I will dwell in them and walk among them. I will be their God, And they shall be My people.” Therefore, “Come out from among them And be separate, says the Lord. Do not touch what is unclean. And I will receive you.” ‘I will be a Father to you, and you shall be My sons and daughters, says the LORD Almighty” (2 Corinthians 6:14-18 NKJV).

It is the gravest danger facing the church in this generation.

We are in danger of an entire generation being turned away from the Lord God Almighty to the idols of the world.

The church is being turned away from the truth to “the lie” through the seduction of our youth.

What Happens When a Culture Gives In to Distortion

How to Escape the Delusion in the Church

Does It Matter What We Believe?

What Happens When the Church Chooses Deception?

When Truth Becomes a Lie

The Bible is Once and For All

Does God Say Maybe to Homosexuality Among Christians?

Why the Church Must Not Accept Gender Dysphoria

Does Scripture Teach Abstinence In the Use of Alcohol? 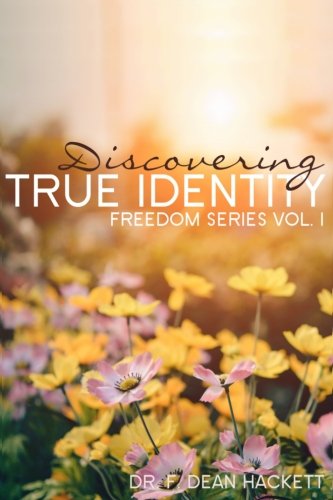