The late 1960’s were culture changing in America and Great Britain.

The modern day British invasion of America had landed, as the Beatles disembarked, a new era of music was launched.

Professor Timothy Leary was the father of LSD, after he was fired from Harvard University. Ken Kesey and his Merry Pranksters began traveling across the USA in the psychedelic bus “Further” bringing their “electric Kool-Aid to the youth of America.”

The Hippie culture was “turning on, tuning in, and dropping out.”

American youth were protesting the Vietnam War by “making love, not war.”

That summer between 75,000 and 100,000 Hippies gathered at the “Summer of Love” in the Haight-Ashbury area of San Francisco.

Several people experiencing a call from God began converging on the west coast at the same time.

Tony and Sue Alamo, Jewish record promoters who were born again in 1967 began a street ministry.

Duane Pederson began publishing “The Hollywood Free Paper” a Jesus People newspaper. Hundreds of hippies were coming to Christ and were being baptized in the Pacific Ocean. It became known as “The Jesus People Movement.”

Although there were many segments, the consistent theme of this new move of God was, “There is only one way” and there was a strong emphasis on the Holy Spirit.

Father Dennis Bennett, pastor of St Mark’s Episcopal Church of Van Nuys, CA announced on Palm Sunday 1960 and again on Easter Sunday that he had received the baptism of the Holy Spirit, just like the Apostles on the day of Pentecost.

God was bringing a fresh outpouring of the Holy Spirit upon the established mainline church.

Two professors at Duquesne University were thirsty for more of God. They began seeking and were given a copy of The Cross and the Switchblade and They Speak With Other Tongues.

They received the baptism of the Holy Spirit in the fall of 1966.

They invited twenty-five students from the university on a three day Holy Spirit retreat in February 1967. Each student was to read the Book of Acts chapters one to four and the book The Cross and the Switchblade.

The experienced jumped from Duquesne University in Pittsburg, PA, to Notre Dame University and then to Michigan State.

The Catholic Charismatic Renewal was ignited.

The convergence of these three movements, the Jesus People among the Hippies, the Charismatic Renewal among the Catholics, and the fresh outpouring of the Holy Spirit in the established churches, brought a spiritual awakening to America at a critical time.

The soul of America was floundering.

The existential humanism of Sartre and the philosophy of Nietzsche and Kierkegaard were blossoming into the Post-modern philosophy of Lyotard, Derrida and others.

This great outpouring of the Holy Spirit swept thousands of young people into the Kingdom of God; brought life to sleepy churches; and resurrected churches that had been dead for years.

New wine skins brought Spirit power and fresh life to movements that had long ago lost the vision and mission.

It also gave birth to new ministries that turned the world upside down, like Youth With a Mission and Last Days Ministries.

The largest move for world missions in over one hundred years was born as young people, middle aged, and even some senior citizens left home for short term and long term service on the foreign field.

God was invading the humanistic, rationalistic, pragmatic materialistic culture of the United States and impacting the world.

This Is What Will Change Our City

That is exactly what Jesus Christ commanded His disciples in Luke 24:36-52.

He gave them the Great Commission and then commanded them, “I am sending the promise of My Father upon you. But wait in the city of Jerusalem until you are clothed with power from on high” (v.49).

What was the promise of the Father?

Luke answered that question in his second epistle, Acts 1:4-5 “Do not depart from Jerusalem, but wait for the promise of the Father, of which you have heard from Me. For John baptized in water, but you shall be baptized with the Holy Spirit not many days from now” (MEV).

Jesus Christ was giving birth to His Church and commissioning them to go into a pagan, humanistic, rationalistic, sex-crazed culture with the Gospel of redemption, reconciliation and holiness.

He knew the powers of darkness would boldly resist and counter attack with every force and authority at their disposal.

He knew the message of the Church would be counter culture and the call for moral purity would be politically incorrect.

The church would be viewed as intolerant, hateful, and resistant to government authority.

Jesus knew Satan and his forces would stir up angry crowds and that arrogant religious leaders and proud Roman governors would bring accusation and persecution against the Apostles and the church.

They would need a supernatural power to stand against such forces. They needed miracle working power to set people free from demonic possession and bring healing and restoration from sinful living and incurable disease.

That power can only come when disciples are “clothed with power from on high.”

No amount of education, seminary training, or religious form can make this possible. It is only the dynamic power of the Holy Spirit!

This is consistent in Scripture. The first disciples waited in Jerusalem and ten days later they were baptized in the Holy Spirit and began turning that city upside down with the miraculous work and power of the Holy Spirit.

People were being saved, demons were cast out of people and new converts were baptized in water.

When the Apostles in Jerusalem heard the report about the Samaritans, they sent Peter and John to Samaria.

“When they came down, they prayed for them that they might receive the Holy Spirit for still He had come on none of them. They were only baptized in the name of the Lord Jesus. Then they laid their hands on them, and they received the Holy Spirit” (Acts 8:15-17 MEV).

God sent the Gospel to the Gentiles for the first time and the baptism of the Holy Spirit accompanied the new work.

“While Peter was still speaking these words, the Holy Spirit fell on all those who heard the word. All the believers of the circumcision who had come with Peter were astonished, because the gift of the Holy Spirit had been pour out even on the Gentiles. For they heard them speaking in other tongues and magnifying god Then Peter continued, ‘Can anyone forbid water for baptizing these, who have received the Holy Spirit as we have? So he commanded them to be baptized in the Name of the Lord” (Acts 10:44-48 MEV).

When the Apostle Paul met twelve disciples of John the Baptist at Ephesus, his first question to them was “Have you received the Holy Spirit since you believed” (Acts 19:2)?

They had not been taught about the Holy Spirit.

So the Apostle took the time to teach them about Jesus Christ, salvation by faith, and the promise of Holy Spirit baptism.

Then Paul baptized them in the name of the Jesus Christ, laid hands on them, and they received the baptism of the Holy Spirit.

Do you find it significant the Apostle’s first question to these men was about receiving the baptism of the Holy Spirit?

God thought it was so important He wrote it in His Word.

It is significant that every new work of God recorded in Scripture was accompanied with a new outpouring of Holy Spirit baptism.

It is the difference maker.

Just a brief review of church history will reveal each new move of God was accompanied with a fresh out pouring of Holy Spirit for it cannot happen without it.

The world desperately needs people “clothed with power from on high.”

That is the only way the church can deal with this pagan, demonized, sexualized culture.

The powers of darkness have entrenched this generation and it is only the dynamic power of the Holy Spirit that will enable the church to confront and victoriously destroy the strongholds of hell.

It is not more smoke and lights; better worship bands and singers; and hip preachers that will win our cities and turn our schools and universities upside down.

It will be those believers who do exactly what Jesus commanded the Apostle… “But wait… until you are clothed with power from on high.”

The power of the Holy Spirit will enable ordinary people to do the works of Jesus and even greater works (John 14:13).

That is exactly what is desperately needed in our violent, immoral, demonized culture.

Holy Spirit is the difference maker.

Get my new study on the Holy Spirit! 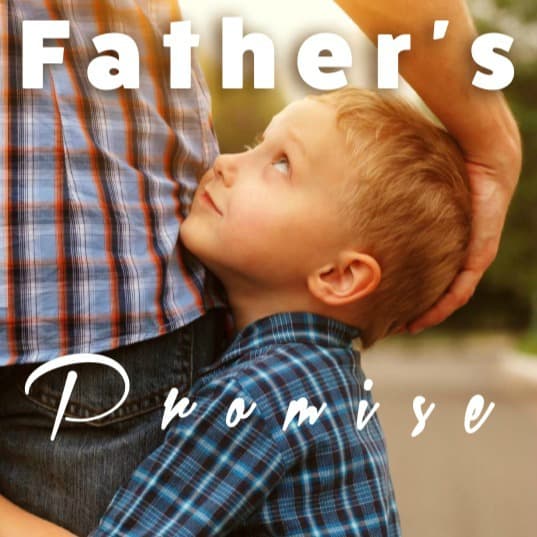 It Is Not a Political Problem – Part One

It Is Not a Political Problem – A Double Tragedy

This Is What Will Change Our Culture

Will You Miss God’s Visitation?

Is There Yet a Servant Of the Lord?

Why the Term “Forever President” Is a Dangerous Trend

The Danger In Destroying Our Monuments

How America Has Rejected God, Not Man